The “Pitch Perfect,” star who has only ever publicly dated men, took to Instagram on Thursday to announce her relationship with fashion designer Ramona Agruma.

“I thought I was searching for a Disney Prince … but maybe what I really needed all this time was a Disney Princess,” the 42-year-old Australian actress wrote alongside a picture of herself with Agruma.

Wilson added hearts, the rainbow emoji commonly used to express LGBTQ identity and pride as
well as the hashtag #LoveIsLove to the post shared with her 11 million followers.
According to Agruma’s Instagram biography, she is the founder of Lemon Ve Limon, a Los Angeles-based clothing brand, in addition to being a brand ambassador for Bee Goddess jewelry.

Wilson has since received an outpouring of support from fans and fellow celebrities, including her “Pitch Perfect” co-star Anna Kendrick, who wrote: “Love you both like crazy.”

“Killing Eve” actress Jodie Comer also took to the comments section to congratulate her, with the message: “So much love!”

Wilson, who previously dated Anheuser-Busch heir Jacob Busch, gave hints that she had found love again when she spoke with People magazine for her cover story last month. 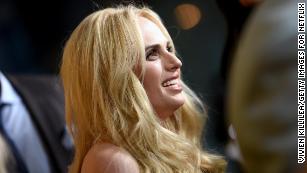 “We spoke on the phone for weeks before meeting. And that was a really good way to get to know each other,” she said. “It was a bit old-school in that sense — very romantic.”

Although she stopped short of revealing her love interest’s identity, she said that what she wanted in a partner changed after she went through the process of finding more self-worth.

“There were times — I’m not saying with all my exes, they’re great — but there were some times that I was probably putting up with that I shouldn’t have,” she explained. “So it feels different to be in a really healthy relationship.”

This site uses Akismet to reduce spam. Learn how your comment data is processed.